Polymer Mimetics has reached a significant milestone following the successful preparation of a prototype polymer at Scott Bader’s UK headquarters in Wollaston.

The new innovative polymer, scaled up to a 200kg pilot batch following extensive research from the Polymer Mimetics team, was prepared via an optimised semi-batch process developed in their Liverpool-based laboratory.  It’s a reactive polymer platform which can be used as a performance additive in adhesives or composites. It is highly branched and imparts high functionality with low solution viscosity and good formulation compatibility.

This was the largest quantity of a new polymer created by Polymer Mimetics and shows that the process invented at the University of Liverpool, and now being commercialised at Polymer Mimetics, can be prepared at an industrial scale for Scott Bader.

The success of this trial was a major milestone for Polymer Mimetics and Scott Bader. The Mimetics team in Liverpool were greatly assisted by their knowledgeable colleagues in Wollaston. 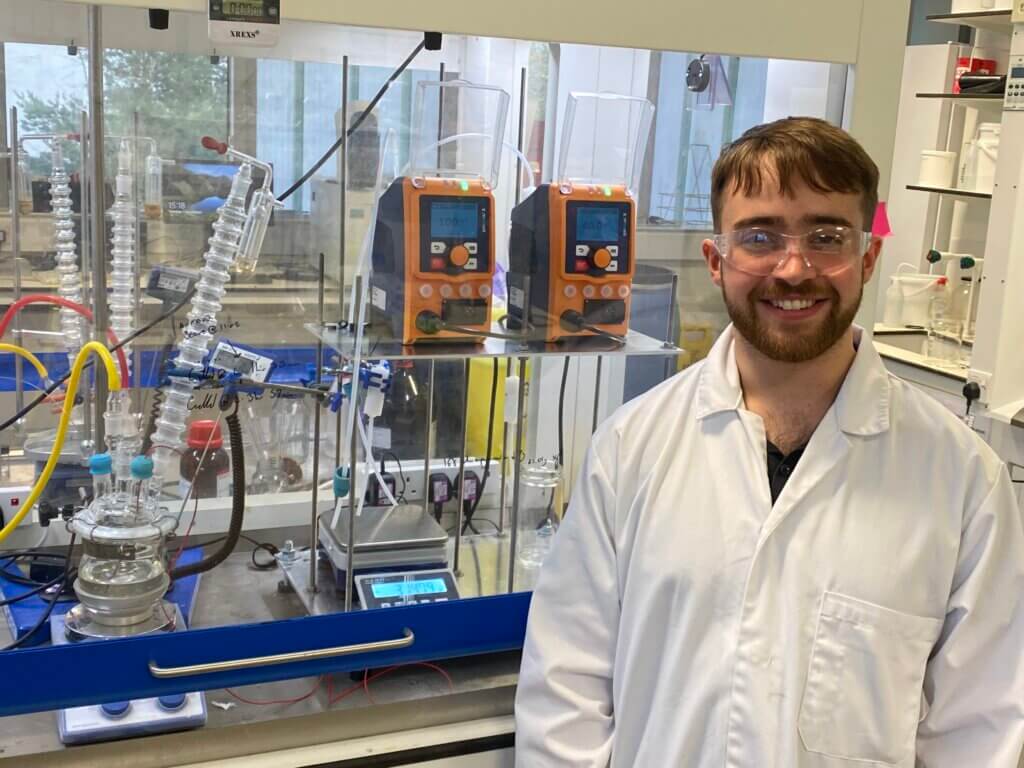