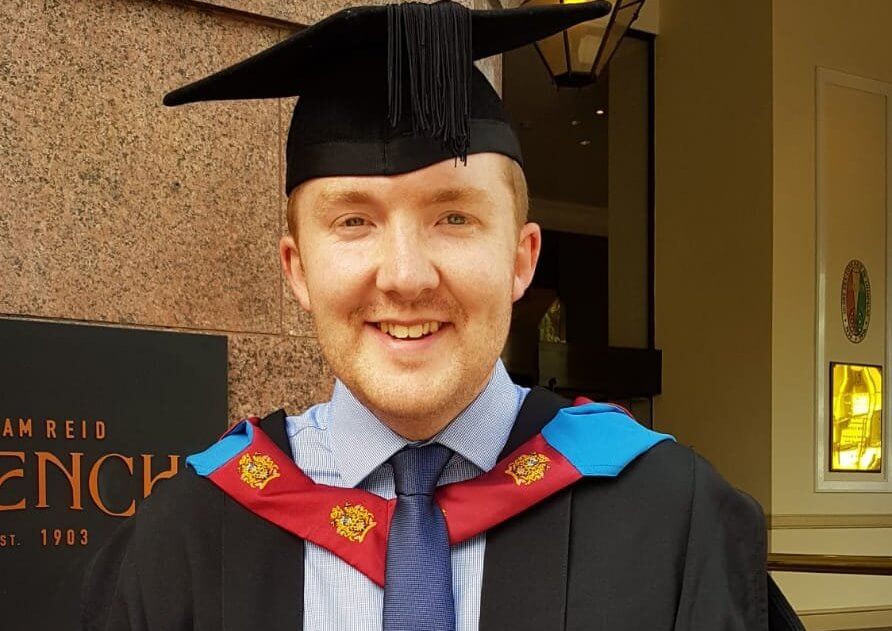 We are proud to announce Richard Owen, our Senior Materials Testing Technician in the U.K., has been awarded a First Class Honours Degree in Chemical Science from Manchester Metropolitan University!

Richard has been studying part-time for 5 years whilst still working full-time at Scott Bader. But the awards don’t stop there…

Richard has also been awarded the ‘Royal Society of Chemistry (RSC) Manchester and District Section Prize for the most outstanding graduating degree (Chemical Science) student at Manchester Metropolitan University in Session 2017 – 2018‘. Paul Schofield, Chemical Science Undergraduate Program Leader at Manchester Metropolitan University said: “It was an easy decision for the team to nominate Richard for the award and it goes without saying it is thoroughly deserved“.

Congratulations Richard, what an incredible achievement!