The Mondo Challenge Foundation was one of the successful charities to receive a £25k donation from the Scott Bader Commonwealth during 2015. Two years on, we have an update on the project and how the funding has been used…

The purpose of the project, as outlined in 2015 – to build a 2 storey hostel facility with 6 dormitories, kitchen, dining hall, utility room and bathroom. This will enable 30 girls each year to continue in secondary education for a further 2 years. Long and treacherous journeys to school mean that girls tend not to go on to secondary education, but a hostel, with an expected life of 20 years for the building, will ultimately provide 630 girls with the opportunity to continue their education.

Project update 2017 – At the time of the projects application to Scott Bader there were 130 students in Nurbuling school. There are now 147 and rising, with 32 girls already housed in the new hostel, most of whom were previously being housed in very unsatisfactory temporary accommodation in anticipation of the completion. Enrolment is now open for admission of new girls to the hostel for the school year which started on April 14th and it is anticipated that the hostel will be virtually full from that point and that it will continue to accommodate the planned 60 girls each year thereafter.

In December 2015 HELP ran training for masons on the various building projects planned in our villages (eight schools at that stage). This included masons from Nurbuling and apart from giving them the necessary skills to build to earthquake resistant standards for the hostel it has provided skills in the village which will stand them in good stead for their own house rebuilding work that is still to take place. 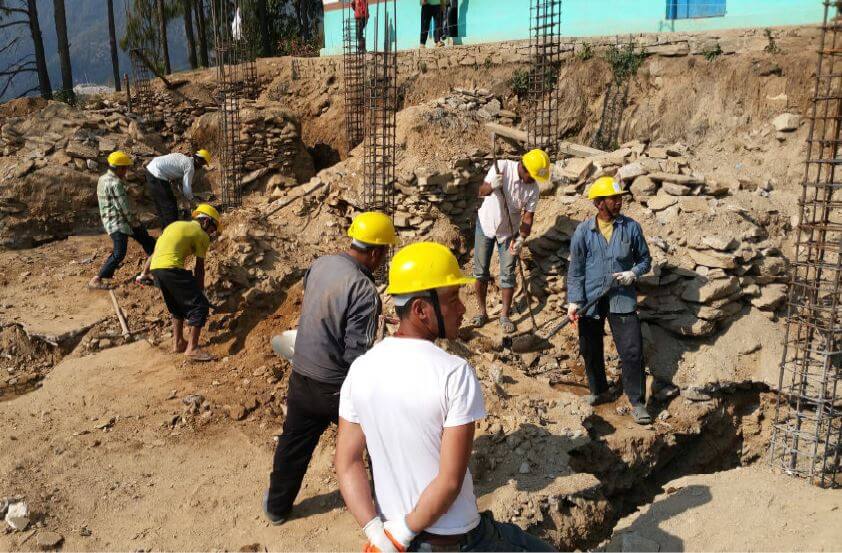 The building work started in January 2016 with ground preparation. In March 2017 The Mondo Challenge’ Chief Executive, Anthony Lunch, visited the site and at that stage the foundations were complete. As all school building work subsequent to the 2015 earthquake requires government design approval to ensure they are satisfied with the earthquake resilience of the building some relatively minor changes in the structure and dimensions of the building were required and this contributed to prolonging the build time. Throughout the whole process, workers have had to cope with poor road communications to Nurbuling, which is among the more remote of the villages. Some roads had been partly washed away and needed to be rebuilt. But the team in situ have been excellent and the village is enormously excited and grateful that the newly built hostel is now in use.

The result of these factors was that the structure was not completed until end November 2016. Subsequent work, finishing, furniture and painting then took place this included the installation of electricity in the hostel and in addition solar panels have been placed on the roof which provide an alternative source of lighting in the event of power failure. All work was carried out under supervision of a qualified building engineer as required by Government regulations. 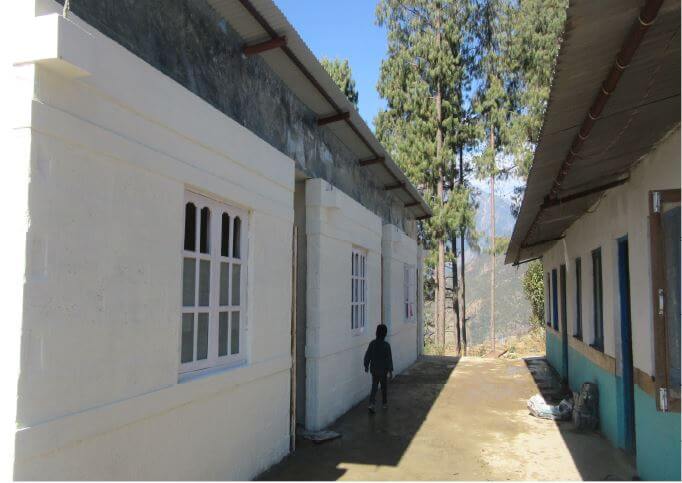 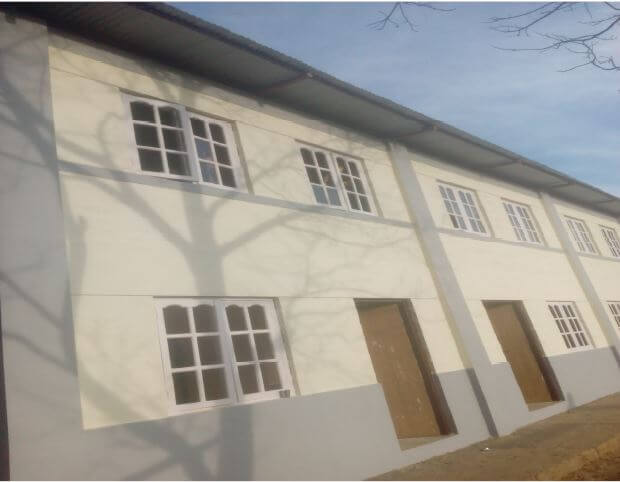 The current situation –  The building is now fully in use. One of the teachers, Nirmala Khanal, has been appointed as manager and is living in the hostel. Here seen in the dining room. 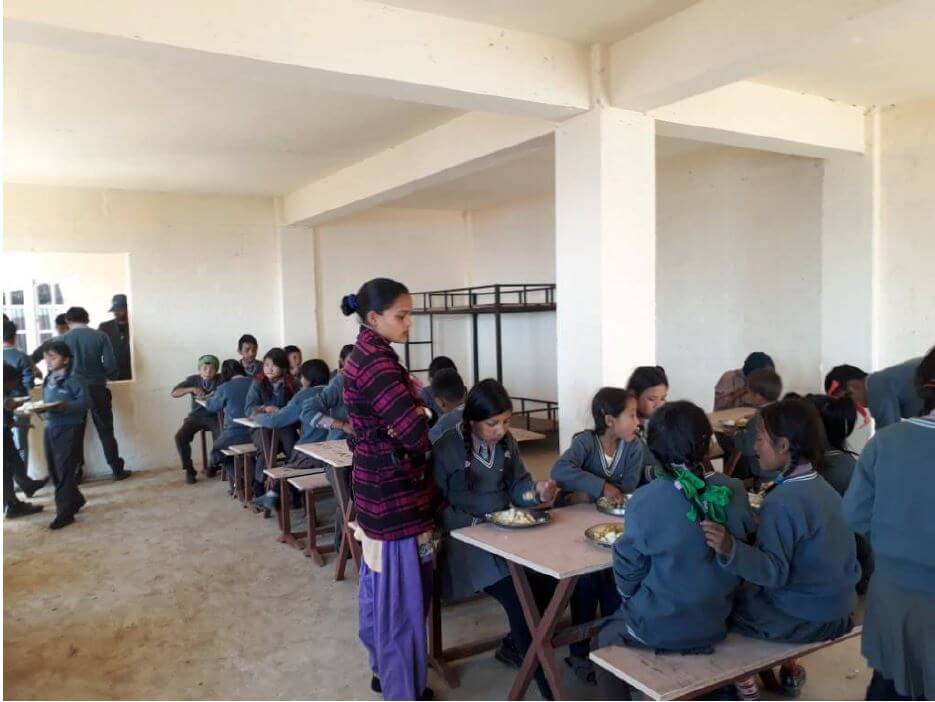 One of the Mondo Foundation Trustees, Hirsh Cashdan, visited Nurbuling very recently and was pleased to see both the attractive look of the building, the fact that the girls staying there were clearly happy and that one of the Mondo Foundation volunteers, Heather Charlesworth, who is at Nurbuling for a short teaching spell, was also living there and very happy with the environment.

The only work still to do is the installation of the planned gas fired stove which is expected shortly. Until that has been completed cooking is being done on a traditional wood fired open hearth in a temporary, part covered building outside the hostel to avoid the new kitchen being damaged or contaminated by smoke fumes.

We are extremely proud to have made a positive difference by helping the Mondo Challenge Foundation achieve their goal of providing a safe environment for the children of Helambu Valley to continue their education. Well done to all involved! 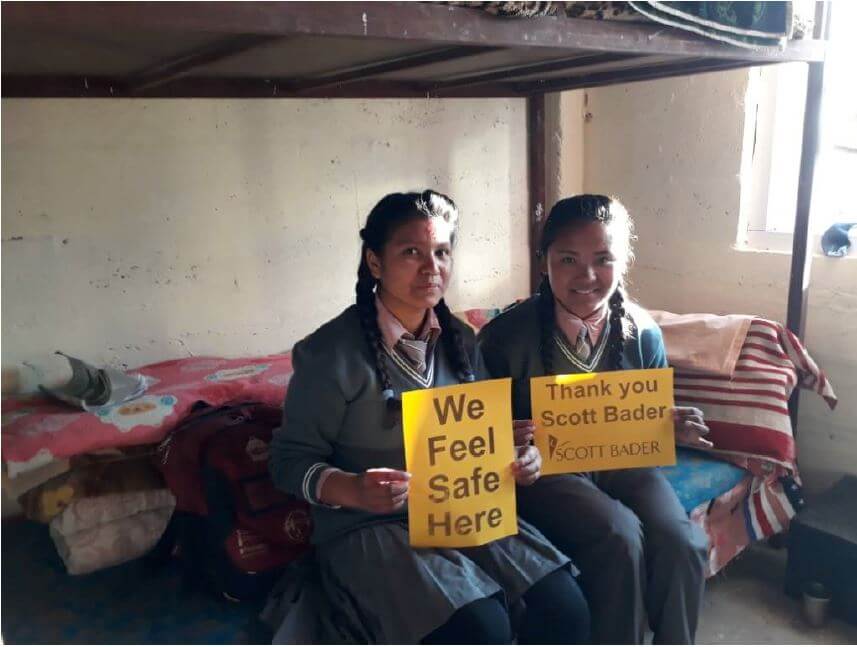