We are delighted to tell you the Scott Bader UK team made it to Scott Bader France within 24 hours!

There was a bit of drama on the way with Charlie picking up a knee injury as the guys were passing London, but a bit of TLC on the channel crossing fixed him up and he soldiered onto the finish line.

So far the team have raised and amazing £5250 for the French charity; Restaurants de Coeur ! They are hoping to raise a similar amount for the UK charity Re-Cycle , we are just waiting for the final numbers to be confirmed. If you would like to say well done by donating please click here. More details on the two charities can be found here.

Scott Bader France put on a welcome party with flowers, gift bags, medals and some well earned food and drink. The teams success also gained coverage in the local press. 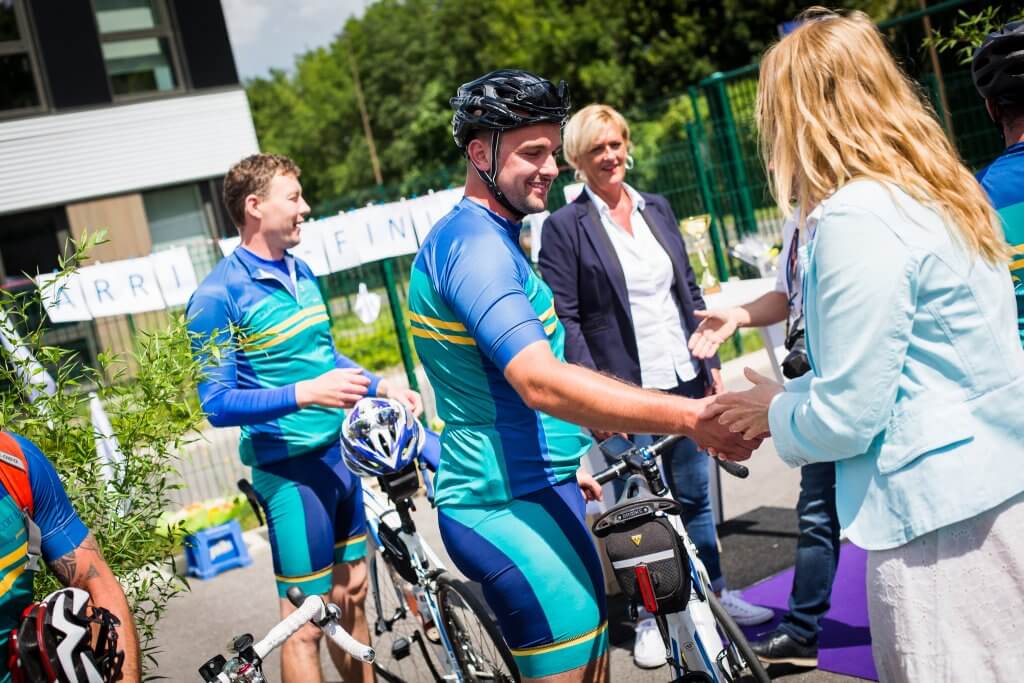 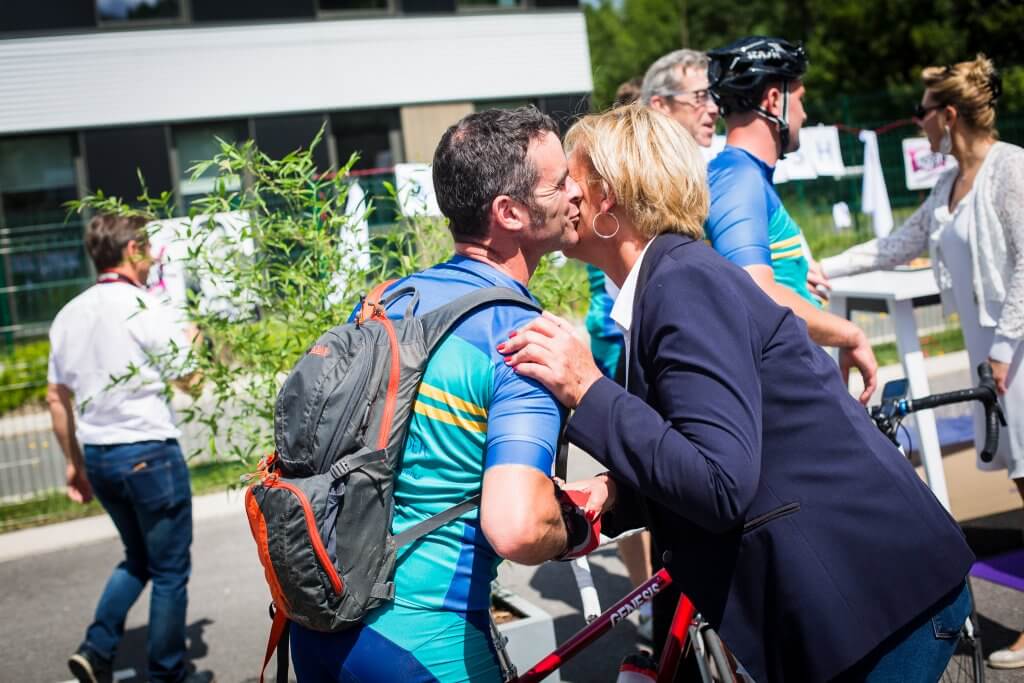 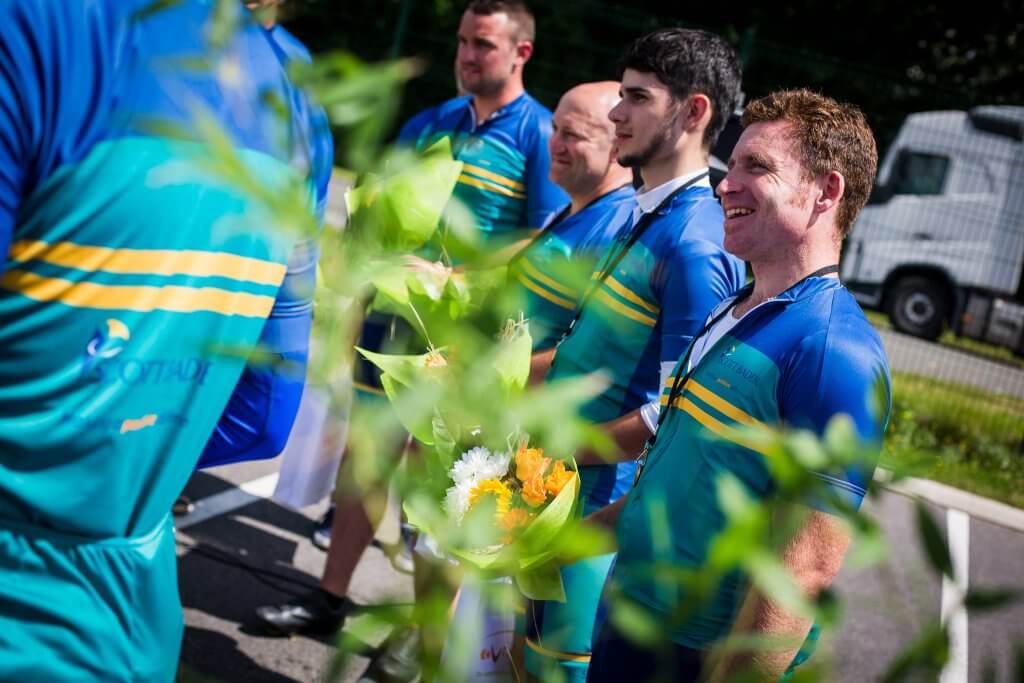 A big thank you to all of you for your support and well wishes, the team have really appreciated it! 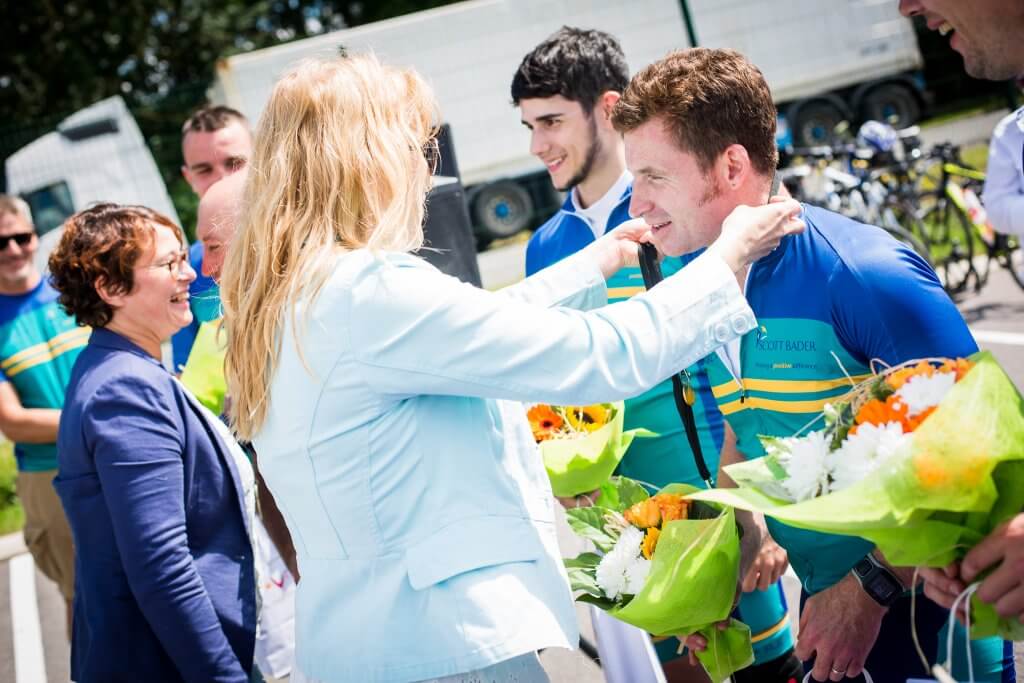 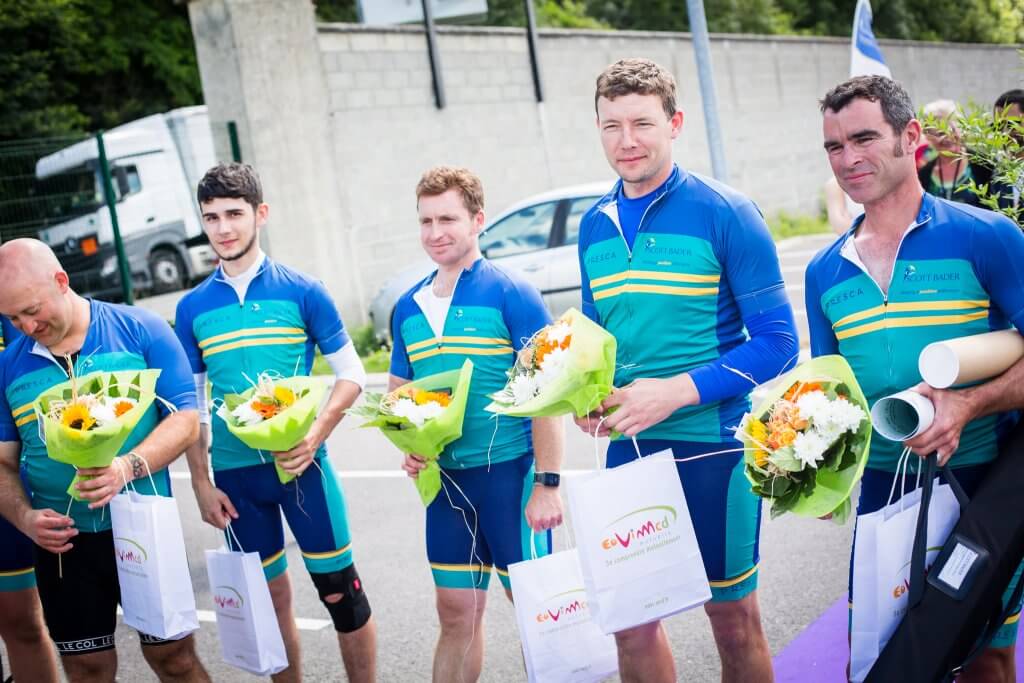 The team with their cheque ready to donate to Restaurants de Coeur! 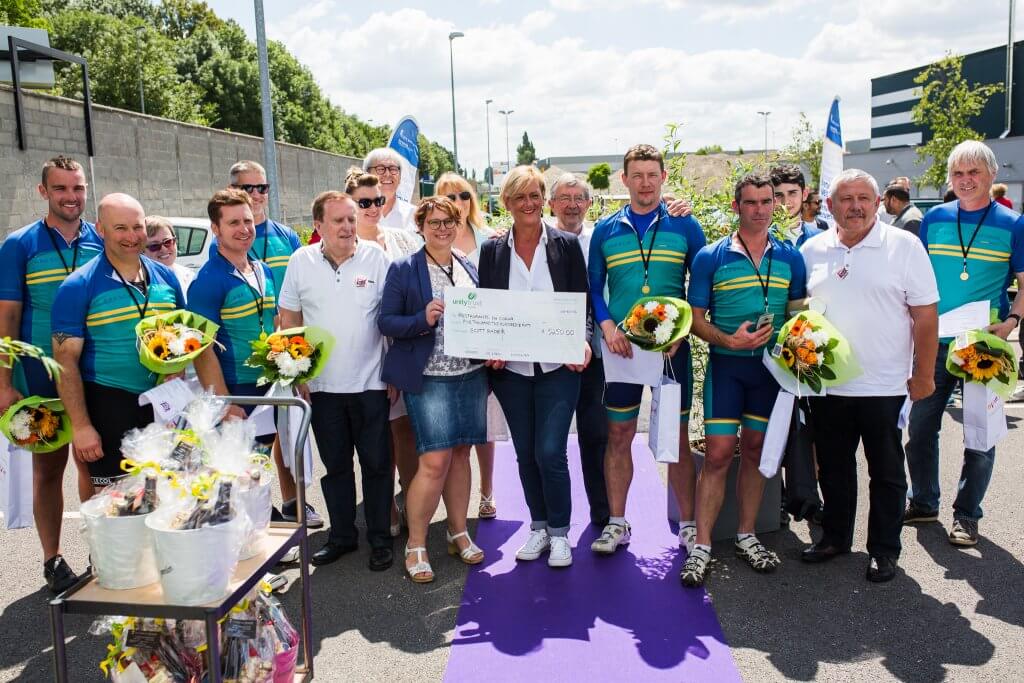 What a fantastic achievement. A big well done to the cycle team of Dave Toyer, Tony Clarke, Gary Carter, Chris Brooke, Aaron Smith & Charlie Jenkins and to the support team of Julian Ord-Hume and Tony Sibcy!