Damir Žlender, a Process Operator at Scott Bader Croatia (d.o.o), has been awarded a special presidential award for his dedication in giving blood over 120 times during the past 40 years.

Damir’s incredible efforts see his blood donations go to either seriously ill children or the Croatian Institute for Transfusion Medicine where the Association of Blood Donors organise donations to patients.

Damir received The Order of Danica Hrvatska with the face of Katarina Zrinska. The Order of Danica Hrvatska (In Croatian: ‘Red Danice hrvatske’ which translates to ‘Order of the Croatian Morning Star’) is the fourteenth most important medal given by the Republic of Croatia. The order was founded on 1st April 1995 and the medal is awarded for different purposes and with different faces.

After receiving his award, Damir said: “With each donation, we made another smile possible. My inspiration is that I know I do it for people in need and sick children, and that not a single blood drop is lost. To be honest I prefer the children’s smile over this presidential medal. But yes, it’s nice to be recognised for my long years of volunteering as a blood donor.” 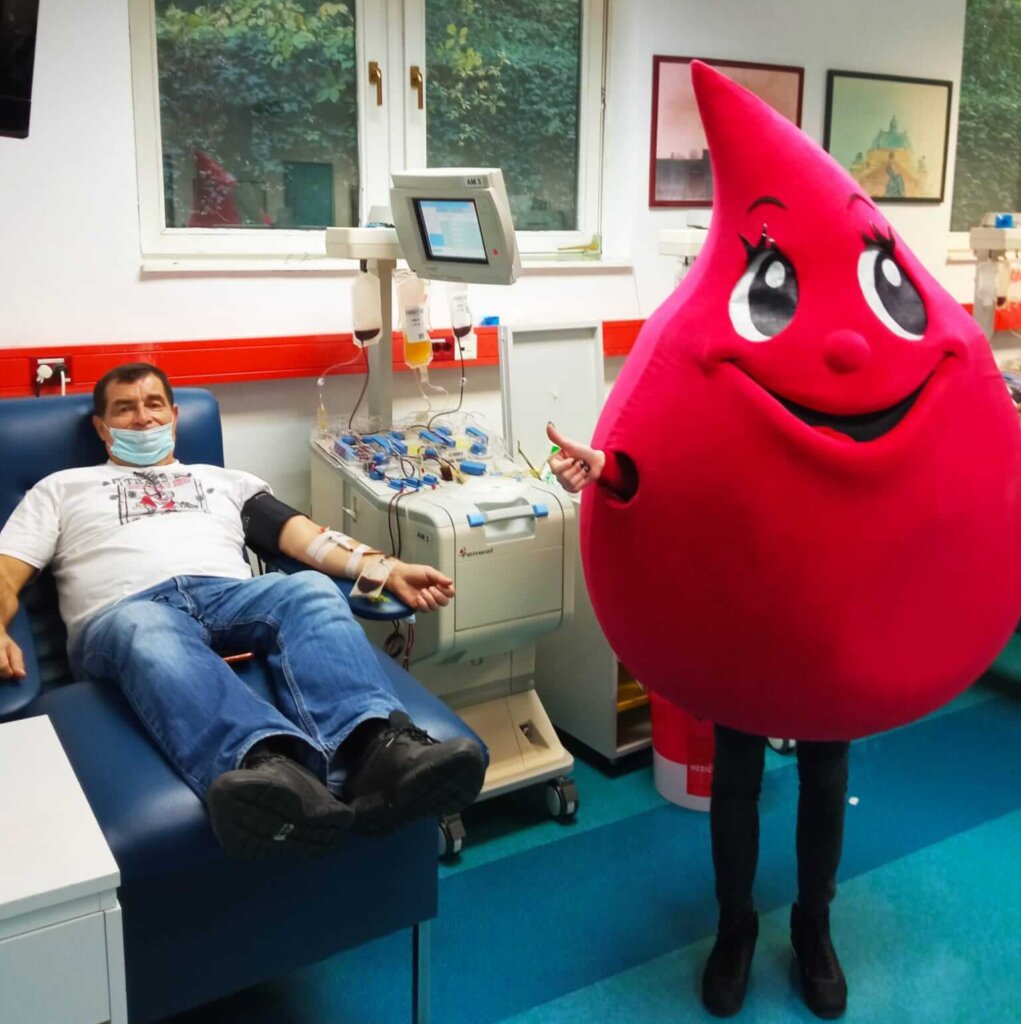 Doctor Patricija Topić Šestan, Head of the Blood Donation Department at the Croatian Institute of Transfusion Medicine, said: “Mr. Damir Žlender has been donating blood since 1982, for 40 long years, and in that period he has donated blood and platelet concentrates 122 times. In 2009, he began donating platelets and plasma, blood products of immeasurable value intended for the treatment of seriously ill children, at the cell separator. Familiar with the fact that the blood products obtained on the cell separator serves to treat the most vulnerable groups in our society, it actively promotes both whole blood donation and platelet donation by apheresis. Also, Mr. Žlender, as an active member of the Association of Blood Donors, participates in the organisation of blood donation campaigns and the animation of young people to donate blood.”

A truly inspirational story. Thank you Damir for your continued efforts and sacrifice in helping your fellow Croatians!