2021 marks 100 years of Scott Bader Company and 70 years of the Scott Bader Commonwealth, which is an amazing milestone and something significant to celebrate. When we learned about the request for EO Champion stories relating to individuals who have gone above and beyond to make sure that the values and culture of EO is kept alive, it was unanimously decided that Scott Bader’s champion must be Godric Bader. The guiding principles that he and his family established when forming the Scott Bader Commonwealth have successfully steered the organisation for over 70 years and resonates powerfully on how we have supported each other and our communities during the pandemic. To learn more about Godric Bader, we need to go back to the beginning of Scott Bader’s story. Ernest Bader, Godric’s father, founded E Scott Bader in January 1920 (Scott being his wife’s maiden name) and in 1923 transformed it into a private, limited company as Scott Bader Company Limited. In those days activities were largely confined to the buying and selling of celluloid and chemicals but in 1932 they commenced processing of pigments and other products for the paint industry. The company progressed, but in 1940, when the severe air attacks made business difficult in London, the business moved to its current site, in Wollaston, Northamptonshire and continued to expand.

Godric joined the family firm in 1947 and both he and his father had a shared vision to find a way to help people seek a better way of living, but also to identify an improved way of doing business and of running the world’s industries. Determined to see their vision come to fruition, based on their Quaker beliefs, Ernest Bader and the family shareholders put the shares into a Charitable Trust administered by Members of Scott Bader Commonwealth Limited and external Trustees and thus in 1951 the Scott Bader Commonwealth (SBCW) was formed, an industrial democracy and registered charity. 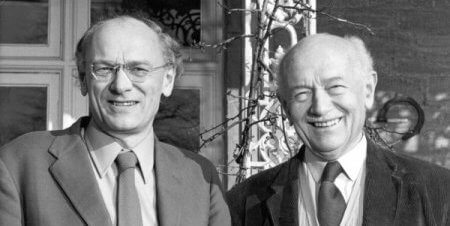 Godric Bader and his father, our founder, Ernest Bader

Godric was fundamental in the development and formation of SBCW, and as the first company to hold a Common Ownership Certificate, Scott Bader was a trailblazer for this new type of business model with employee ownership at its heart.

It was through his tenure in key positions within the company – Managing Director of Scott Bader Company Limited from 1957 to 1971, and Chairman of Scott Bader Company Limited from 1966 to 1989 – that Godric guided and evolved this innovative employee-owned business model over the years. The legacy he has brought to the business has been widely recognised and today, he is Life President of Scott Bader and, after having received The Gandhi Peace Award in 2014, he was made a Patron of the Gandhi Foundation. 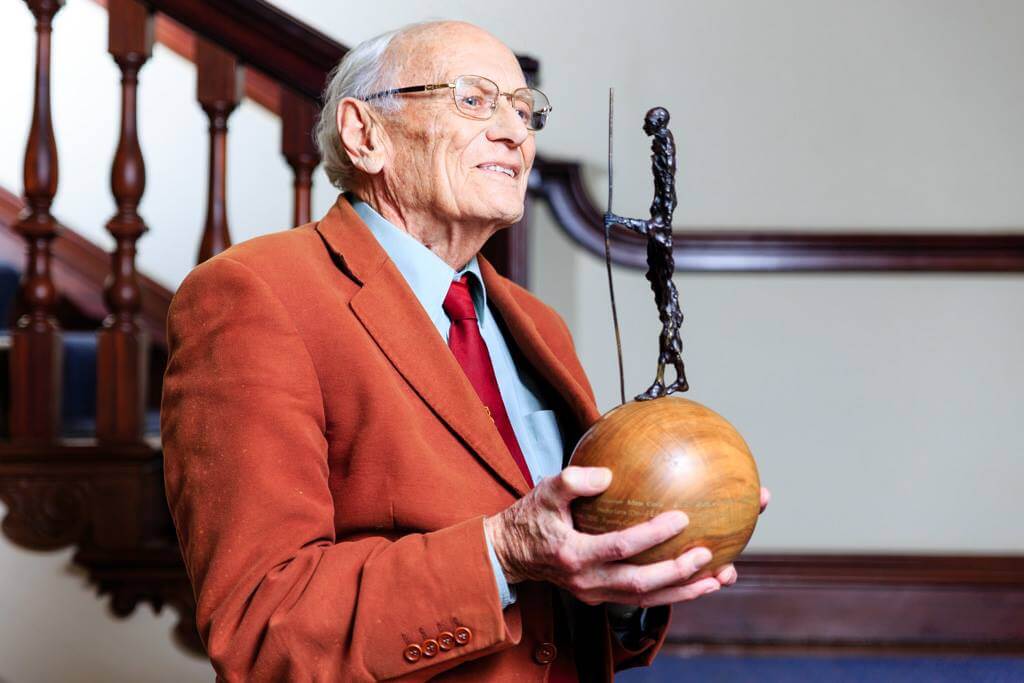 This brings us to the present day and the COVID-19 pandemic that has bought unprecedented challenges to our life and  businesses around the world. Scott Bader has met these challenges head on and stayed true to its Commonwealth principles. As members of the Scott Bader Commonwealth, colleagues have demonstrated behaviours to work unselfishly for the mutual wellbeing of all and using the company’s resources to benefit society. Examples include:

– Responding to the shortage of hand cleanser ingredients Scott Bader developed and launched a new thickener in just 10 days. Developing this key product in such a short space of time helped manufacturers produce hand cleansers to fight against the global spread of infections and viruses.

– A Hardship Fund was set up to financially support colleagues around the Scott Bader Group through the challenges created by COVID-19.

– A Commonwealth Community Hardship Fund was established to fund charitable projects that address the impact of COVID-19 in the communities close to Scott Bader offices and sites around the world.

– UK colleagues supporting their local NHS by volunteering to make protective face shields for the NHS.

– Raising money for the mental health charity MIND. When, as part of the Centenary celebrations 24 colleagues took part in a 100k-in-a-day running challenge. Thanks to Scott Bader’s matched funding scheme nearly £3,000 will be donated to the charity.

– Launching our Mental Health First Aiders, and ensured colleagues were regularly provided with information and resources on where to find support for themselves or family.

– Colleagues in Ireland supported their local health workers by donating 150 respiratory masks and 12 pairs of safety glasses for frontline staff at the Connolly hospital.

– Colleagues checking-in and supported each other during the pandemic and stories around these acts of kindness were shared across the Scott Bader community.

We are thankful to Godric for his vision and contribution to the Scott Bader Commonwealth that has resulted in our members having the ‘we are in it together’ sentiment as demonstrated above. As Commonwealth members, we recognise how fortunate we are to be able to work for an employee-owned organisation and accept that it is our responsibility to look after Ernest’s and Godric’s legacy today and for generations to come.

Scott Bader has turned 100 years old and the Commonwealth 70. These are milestones that we may not have reached had it not been for Godric’s innovative thinking and whose ideas all those years ago have contributed to propelling Scott Bader to where it is today, safeguarding its future for the next 100 years.

We simply could not celebrate our Centenary and 70 years of the Commonwealth without Godric and were delighted to welcome him as guest of honour along with his wife Anne Atkinson-Clark and daughter Hansi Manning to Wollaston to officially unveil our new Centenary sculpture and to meet our other important guest, HRH, The Princess Royal. 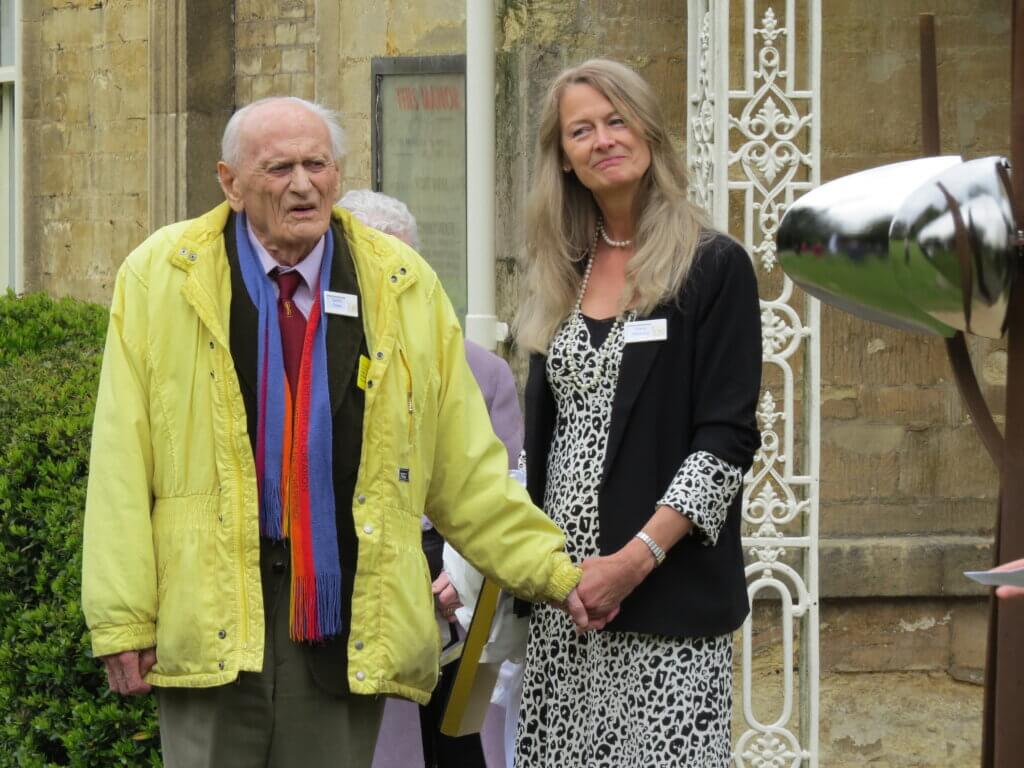 Godric and his daughter Hansi at our recent Centenary sculpture unveiling

Godric Bader, you are our true Employee Ownership Champion!