Scott Bader North America (then Scott Bader ATC), became a key sponsor for both Rafale I and II, providing a variety of high performance composite resin, tooling and structural adhesive products, as well as technical support. 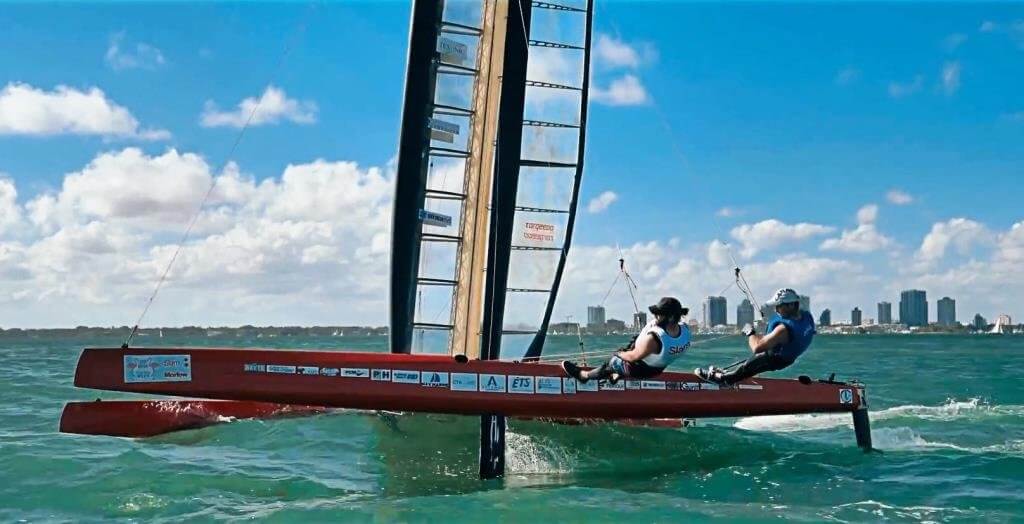 Crestabond M1-30 was selected by the ETS team as the most suitable structural adhesive to bond the new epoxy carbon fibre hulls and cross beams due to a combination of its performance capabilities in use with no need for any mechanical fastenings, along with its processing characteristics, which enabled easier and quicker assembly.

The MDF plugs for the new hulls and rudders were part manufactured externally by two specialist tool making companies and then finished by the ETS students, who made all the individual moulds. Poly-Fair® F24VE vinyl ester resin fairing compound, originally developed by Scott Bader North America, was used in the heated moulds for the new hull sections. 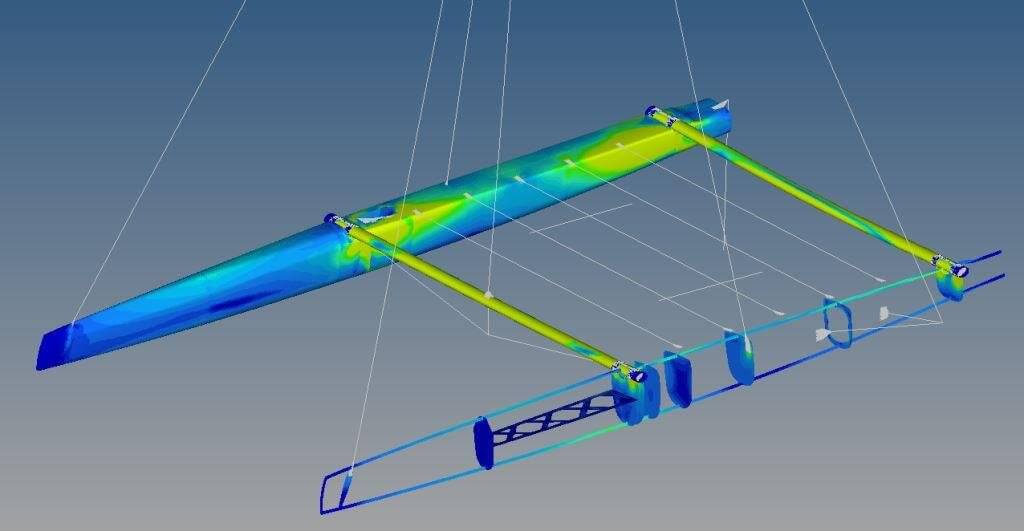 Scott Bader’s Crestomer® 1152PA urethane acrylate structural adhesive was also used in both the hull and the rudder and dagger board moulds, primarily to eliminate sharp edged stress areas, especially in the thin foils and to prevent any dry areas or air inclusions in the corners during infusion. The students additionally found that using Crestomer 1152PA in the corners not only avoided stress concentration points in the finished parts, but had the added benefit of producing a more durable mould tool which was far less prone to corner damage during demoulding. 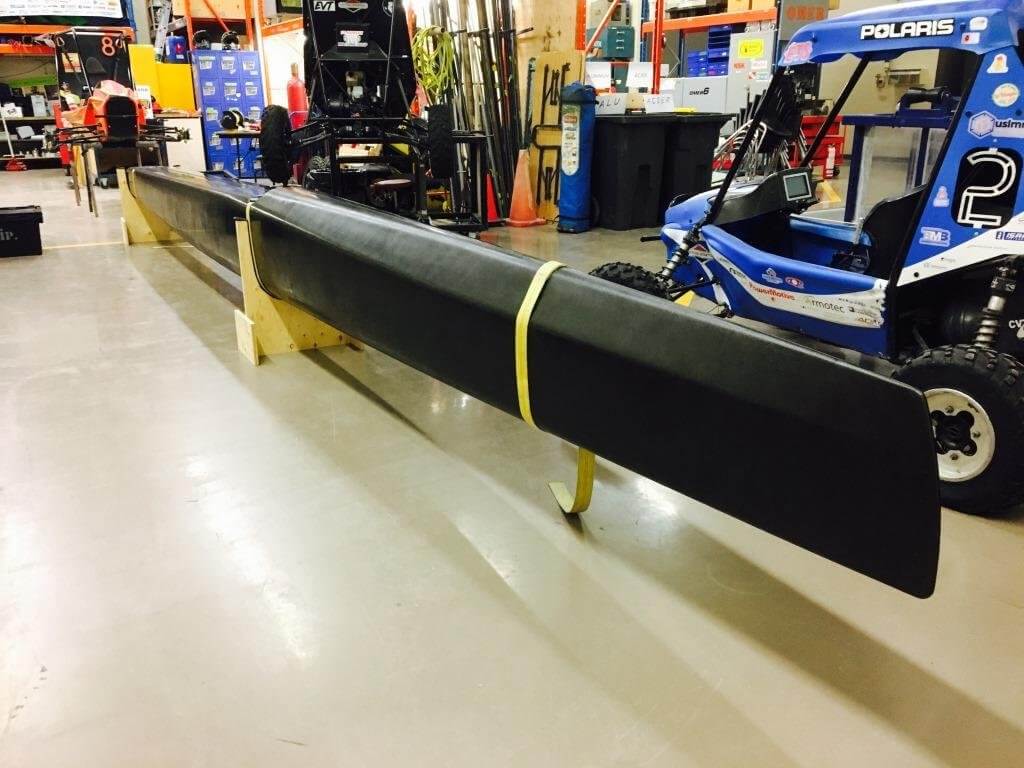 The wing sail design developed for Rafale I that is currently being used on Rafale II has distinct sections which perform differently. To provide better aerodynamics and more speed, the ETS wingsail design includes a ‘morphing’ trailing edge in the lower section of the wing as well as the movable flap upper rear section. This morphing trailing edge section continuously changes shape and flexes in response to the applied wind force, curving slightly in a similar way to a flapping bird’s wing, which results in an increased forward thrust. As well as the structural adhesive, Scott Bader’s carbon fibre compatible Crestapol® high performance resin was used extensively to manufacture key structural parts for the massive 300 sq. ft (28 sq. m) wingsail; the leading and trailing edges, flap spars, wing foil box fairings and the bulkhead panels, were all vacuum infused using Crestapol® 1250LV. The rigid bulkheads were assembled with Crestabond® M1-05 and M7-05 structural adhesives, which were also used for bonding a variety of FRP and metal parts on the wingsail. 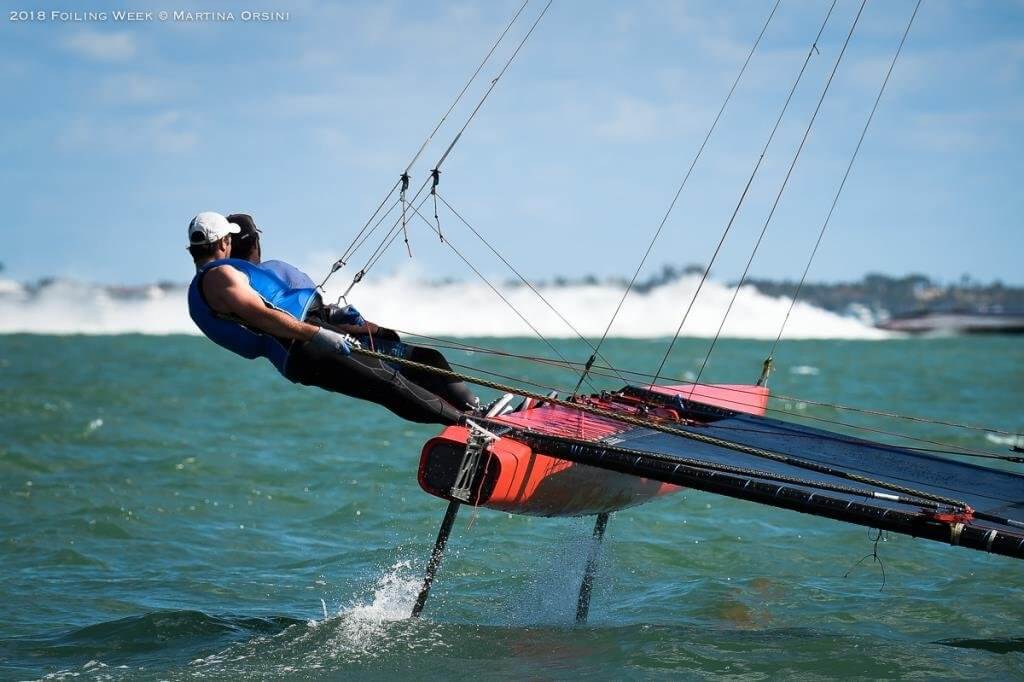